Seven wonders of the world have been included in the list of wonders due to their rich history, excellent architecture and continuous test of time.

Of the seven oldest wonders of the world, only one remains, which is the huge pyramid of Giza in Egypt.

Therefore, after the destruction of old wonders, new wonders were sought for today’s world and after voting, this list is now in front of the world.

Today in this conversation we will know that –

Then let’s go with us on this unique journey.

What are the seven wonders of the world?

The names of the seven wonders of the modern world are: –

How are the seven wonders of the world chosen?

The seven wonders we know today are new, but do you know what the ancient 7 wonders were?

There were (are) seven wonders of the ancient world: –

Today, except for the pyramids of Giza, all of them have been destroyed.

Therefore, after the destruction of these magnificent ancient artifacts, new wonders were thought of.

In 2000, a campaign called ‘New Seven Wonders of the World‘ was started in which seven out of 200 existing monuments were selected.

The campaign was led by Mr. Bernard Weber, organized by the New 7 Wonders Foundation located in Zurich, Switzerland.

This organization organized a global poll on the Internet in which more than one million people took part and gave their valuable votes.

Winner results were announced on 7 July 2007 in Lisbon, which are now known as the Seven Wonders of the New World.

This list may change in the coming times, but you will keep getting completely updated information here.

Seven Wonders of the World | Complete information including name and photo

Let us know what are the 7 wonders of the world, what is their history and how can they travel?

The Taj Mahal, located in Agra, India, one of the seven wonders of the world, is an excellent piece of architecture that is completely made of marble.

The Taj Mahal is composed primarily of Persian, Central Asian and Islamic architecture.

This building was named Taj Mahal after Mumtaz Mahal itself and it took almost 22 years to build it.

The construction of the Taj Mahal began in 1631 and 22,000 laborers and 1,000 elephants were used to transport its construction materials.

Important information for the visit of Taj Mahal 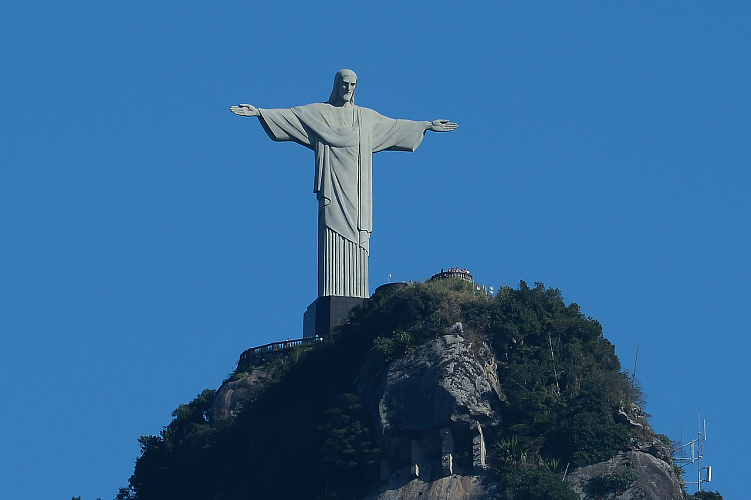 Made of reinforced concrete and stone between 1922 and 1931, this statue has a height of 30 meters (excluding the pedestal of 8 meters) and its arms span 28 meters.

The Christ the Redeemer statue was designed by French sculptor Paul Landowski and Heiter da Silva Costa of Brazil.

If you go on a trip to Brazil, then Christ the Redeemer must be on your bucket list, which is considered the icon of Rio de Janeiro.

This idol coming in the seven wonders of the world is extraordinary in itself, as well as the panoramic view of the city of Rio and its extraordinary beaches.

To reach this idol, there is a very beautiful rail route where the train slowly passes through the Atlantic Jungle Bay Beach and reaches the Corcovado Mountains.

Important information for the journey of Christ the Redeemer 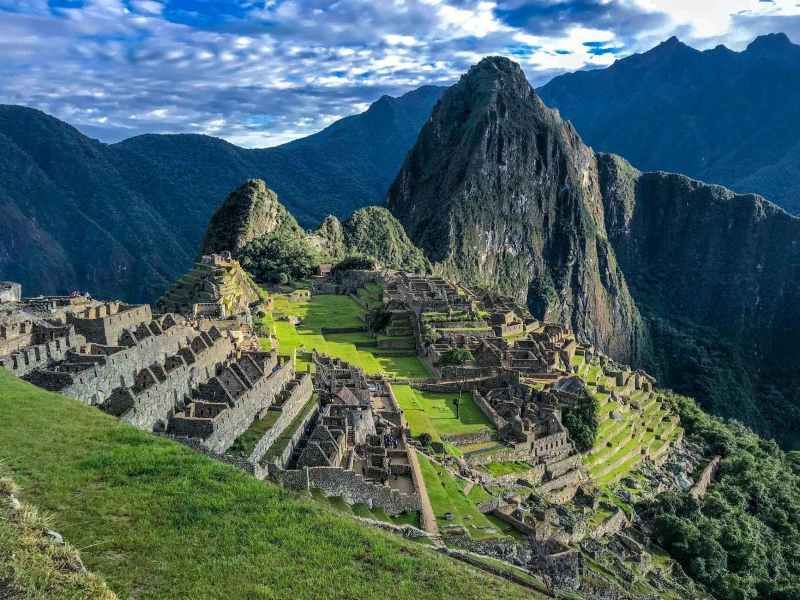 Machu Picchu literally means ‘old peak’ which is about 80 km northwest of Cuzco city in Peru (South America). Is located at a distance of.

It is said that the city was inhabited by the Inca civilization during the 15th century, located 2430 meters above sea level.

According to archaeologists, this area was built around 1450 by the Inca Emperor Pachakuti but it was abandoned for centuries after the Spanish attack.

In 1911, the American historian discovered the Hiram Bingham salt and in 1983, UNESCO declared Machu Picchu as the world’s heritage.

The architecture of Machu Picchu is very natural and climbing, which was made by cutting stones and rocks and it is the finest of the seven wonders of the world.

Machu Picchu was divided into agricultural and urban areas with temples, palaces, godowns, workshops, ladders, cables and water fountains that can still be seen today.

They were constructed according to its natural surroundings and hence climbing and slope are used in them.

Only foot, train or helicopter can be used to reach this place but most tourists come by train from nearby Cuzco.

The thing to note is that only 2,500 people are allowed to go here every day.

Important information for the visit of Machu Picchu

Chichen, one of the seven wonders of the world, was a city inhabited by Itza Maya civilization and where Itza was a Maya tribe.

Chichen Itza is located in the Yucatán state of Mexico and this archaeological site is one of the most important parts of the Mayan culture, covering an area of ​​about six square miles.

In the center of the city, you can see the temple of Kukulakan which is in the shape of a pyramid which is 79 feet in height.

There are a total of 91 steps in four directions around this pyramid, where each stair symbolizes one day of the year.

To show the 365th day there is a platform which is built on the top.

There are different types of wells here and that is why Chichen Itza is also called “the mouth of Itja’s well”.

The urban ruins are divided into two parts, in which the first was built between the 7th and 10th centuries BC and the city was a major center at that time.

The second part was built from the 10th century to the 13th century which includes the sacred well and many fine creations.

The Colosseum in the heart of the city of Rome in Italy is an egg-shaped amphitheater (amphitheater) which is the largest in the world.

The work of this arena made of sand and concrete was started by Emperor Vespasian in 72 AD, which was completed by his son Titus in 80 CE.

Here, 50 to 80 thousand people could sit together and watch the gladiator competition, besides the battles with wild animals, many other bloody competitions.

Even today, due to its art and grandeur, it is a popular tourist destination as well as one of the seven wonders of the world.

Since this place is very popular, you are advised to book online before coming here.

Information required for the visit to the Colosseum Petra is a Greek word meaning rock and indeed it is an incredible city where the best architecture was made by cutting rocks.

Petra is located in South Jordan and is believed to have been built during the Neolithic period, which was occupied by the Edomites around 1200 BC.

Centuries later, the Nabataeans (who were the heads of an Arab tribe) captured it and made it the capital of their kingdom and promoted it as a trading center.

Around 106 BCE, the Romans took control of this city, but after an earthquake in 551, the city suffered a lot of damage, which left the people living here.

Johann Ludwig Burckhardt rediscovered it in 1812 until it was completely unknown to the world.

Today, this city is included among the seven wonders of the world due to its unique carved artifacts and it is also known as Rose City due to its color.

There are more than 800 monuments in Petra of which the high temples are the center of attraction as well as you can see the ponds, canals, buildings, graves, stadiums, roads etc. here.

It becomes spectacular in the early hours of the morning and the last hours of the evening when the sunlight falls on these stones. 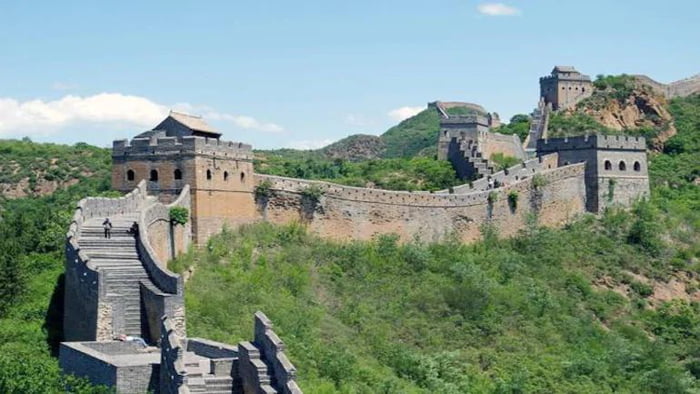 As you must understand from the name itself, the Great Wall located in North China is the longest wall in the world and that is why it is one of the 7 wonders of the world.

The Great Wall of China is actually a series of walls that were constructed between the 7th century BC and the 16th century.

It is popular about the Great Wall of China that it can be seen from space but it is wrong, you can get more information about it from here.

This giant wall is about 8,850 km. (21,200 km according to China) is long and was built to protect against Mongol invaders.

20-35 feet high and 4-5 meters wide, this wall was built by citizens, peasants and prisoners mainly consisting of three dynasties: Qin, Han and Ming.

The Great Wall of China extends from the northwest to the north-east and Beijing is the first choice to see it because the most famous section is where you will see it.

The most popular sections to see for the first time are Badaling, Matianu, Ginsling and Xiankou which are 1.5 to 3 hours by road from Beijing.

Important information for visit to Great Wall of China

These are some such 7 wonders of the world which are included in the list of these seven wonders due to their architecture, distinctive construction style and popularity.

By the way, this list of 7 wonders changes from time to time and here you will get updated information all the time.

If you want to travel to these specific places, then this quick guide will be of great use to you because here is all the important information that will make your trip successful.

Tell us by commenting on which of these seven wonders you have traveled or where you plan to be in the future.

Subscribe to Blog to read the upcoming posts in time!

Share this information as much as possible so that everyone can take advantage of it.