Analyzing a phenomenon of masses like Fifty Shades of Gray is not easy, because it escapes the borders of the artistic fact itself, because it also usually triggers a highly polarized debate of ideological and moral positions of all kinds, and above all because of the difficulty of abstract from the noise generated by your “brand”. Sam Taylor-Johnson’s film is one of those paradigmatic examples that deserves further sociological study, beyond the cinematographic sphere.

But Fifty Shades of Gray is something else. A book blockbuster, and never better said. And not free to overcome obstacles to achieve it, especially if we think about the slab of not crossing the line of the NC-17 classification and getting rid of the juicy legion of teenage fans. And it is that the film does not deceive anybody. He wants to look at Twilight (Twilight, Catherine Hardwicke, 2008) to burst the box office. She is absolutely aware and immodest of what she proposes. Which leads us to think more about films like Nine and a Half Weeks ( 9 ½ Weeks, Adrian Lyne, 1986) whose spot aesthetics is very recognizable in the Taylor-Johnson film as a reference than in Fire in the body (Body Heat, Lawrence Kasdan, 1981), and it would be almost scandalous to match it with what Buñuel or Oshima proposed.

The aesthetics of Fifty Shades… is a proposal related to the advertising sector. All photography is focused on the Apollonian and Venusian exaltation of the bodies of Christian Gray (Jamie Dornan) and Anastasia Steele (Dakota Johnson), respectively. The lighting, the pictorial tone and the antibacterial varnish confirm its condition as a continuous macro-spot, seasoned with the relevant pop atmosphere. The director strives to avoid the tangible effect of sex, placing herself at the other extreme of the parameters that Bigas Luna or Bernardo Bertolucci handled.

The English filmmaker chooses the most conservative option. Too handcuffed for a renowned contemporary photographer, rather than a film director. The result in the steamy? scenes cannot be more innocuous or tasteless. And the worst thing is to waste the only element of the tape that is up to it. Obviously we are talking about Dakota Johnson’s wise choice.

The actress is a true all-in-one. It transmits fragility and daring in the risque scenes. It can be sexy and at the same time insecure. And most importantly, she is able to project from her very blue eyes the continuous emotional contradictions that she suffers. Dornan’s case is more problematic. The emotional suppression that makes her a true sexual hunter/gatherer is supposed to require a hieratic rictus, it’s true, but Anastasia’s psychological changes are transparent, while Grey’s are distant and maddeningly opaque. The story is simple. A girl about to graduate interviews a very young billionaire, he is interested in her and she begins to daydream, but what seems to be a great adventure, will become an odyssey full of contractual traps, where the businessman’s mansion will remember the mythological island of Calypso. A point of no return from which nothing will be the same for her, nor for him.

It is a reliable literary transposition of the work of EL James, slightly adulterated in the subjectivity of Anastasia. But it is clear that the inclusion of a voiceover would have brought a comic touch that would easily have penalized dramatic attention. Facing the literary imaginary, the camera moves with its own semantics.

From the beginning, the angle of the camera prefigures the role of each one. In Anastasia’s interview with Christian, the constant that handles the master / submissive codes in successive meetings is designed. From one side, the top-down shot of the businessman who judges and sentences. On the other side, an intimidated girl who assists in a slight angle to the complete disarmament of her breastplate, unable to resist the imperative charms of Gray. 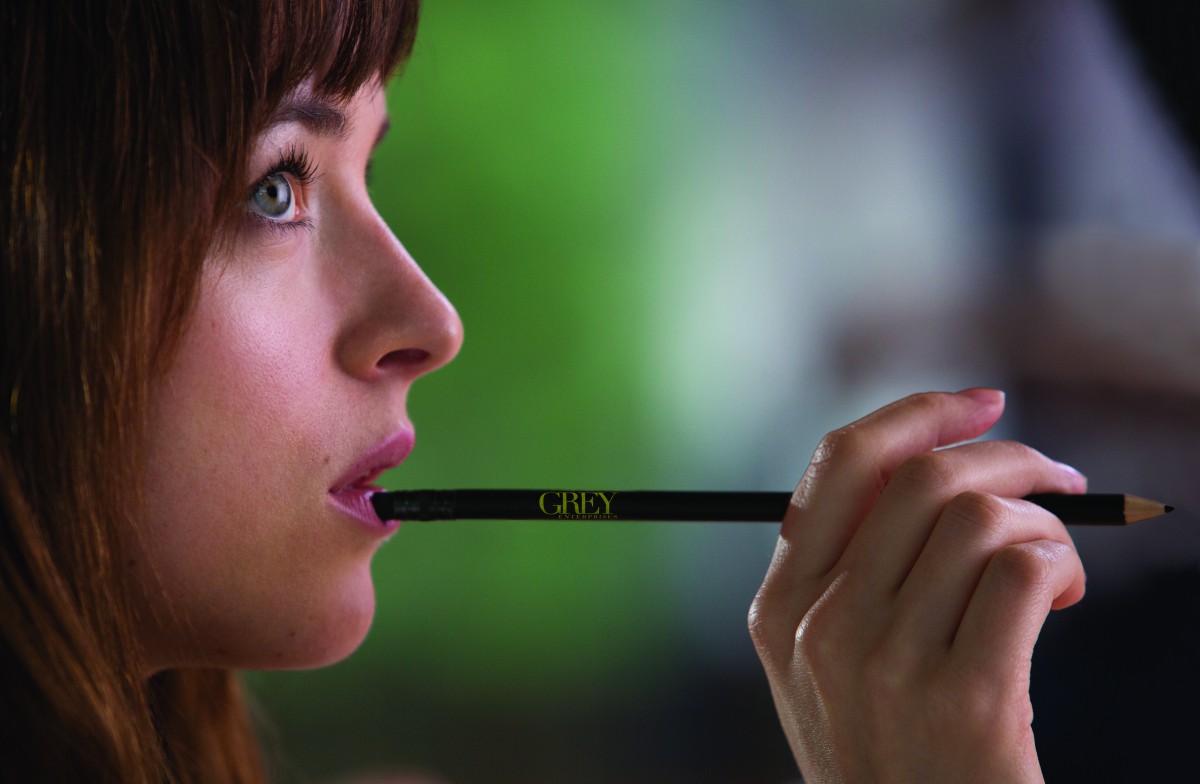 The meeting of glances between the protagonists becomes repetitive. More detail shots are missed. Only the very evident role of the tie stands out from the general trend. It is a pity that someone so attentive to the allegorical value of objects in his works, such as the case of Taylor-Johnson, has not taken the opportunity to deploy a more powerful iconographic program, especially in a story that exhales fetishism from all four sides.

The dramatic structure is in crescendo, recursively. A sequential string of scenes, with a single variable parameter: The intensity of the sexual game that returns the following question: How far is Anastasia capable of going? We assume that Gray has no limits. Of course, emotional all. It will be she who discovers them, and that is the true “cliffhanger” of the plot. The only one that maintains a minimum of interest.

An invisible force of attraction/repulsion stimulates Anastasia and creates a wire that tightens the game of the forbidden. The innocent and obtuse girl to sexual relations will learn to know her limits in Grey’s hot school. Each sexual “class” will reconfigure a new woman who manages her fear, as she loses control of her feelings. In return, he will gradually unravel Grey’s enigma, and incidentally the armor that seemed unbreakable. The exchange of weaknesses crystallizes with the circle that closes in an elevator that serves as a borderline. Meanwhile, the spectator can only attend, from a voyeuristic position, in a “keyhole” mode, their decaffeinated encounters.

Paradoxically, the film ends up infusing the public with the same perceptions that Anastasia lives: Curiosity and rejection in equal parts. The Taylor-Johnson tape stays on the surface of your snapshots, with an obscene bestseller scent with premade wrap. Only its female lead barely manages to keep her attention afloat. But not even she saves an anorexic character development, as sterile as Grey’s game room. As minimalist as her mansion.