If you have a dream of a great ride for a city, a village or a raging ride, then Jeep Compass can be a better option for you. Now you will think that why not only Jeep compass and no carriage, then you should read this article full and you will find the answer to this question.

As everyone knows. Jeep does not need any introduction today, it is known by many auto lovers in the corner of the world. But if the matter is only done with Jeep Compass SUV, then for now just say that Jeep Compass is a powerful and luxurious vehicle.

If talking about the beauty of the compass or the grandeur, it looks like a shrunken version of the compass Cherokee at first glance. The compass is a typical jeep in its own right and it looks like its rival Tucson. Our claim is that the customer can think of buying this luxury SUV in first sight only. 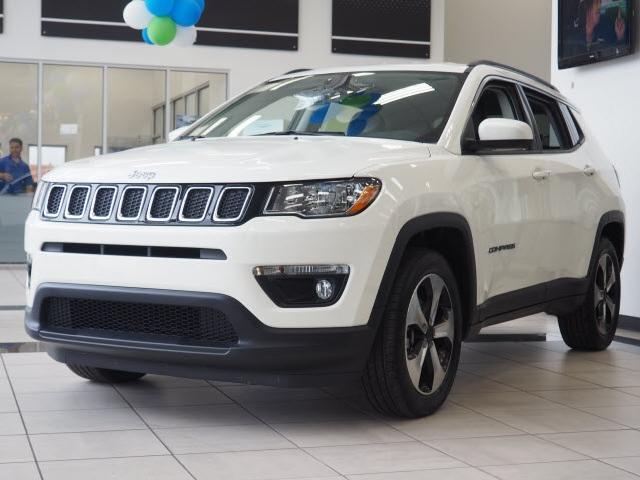 The compass line of the compass is well equipped with seven-slot jeep grill. Each slot is surrounded by a gloss black finish and chrome. It is equipped with flanking, Iron Man headlamps, simple projector units.

The tropological wheel arc of this SUV shows something different than some expected SUVs. It hosts 16-inch wheels wrapped in Fastest Tires (for the first time this brand has come to India). These include Day Light Driving LED Lights and LED Tail Lamps. Not only this, there is a Black Roof option that often attracts Indian customers. 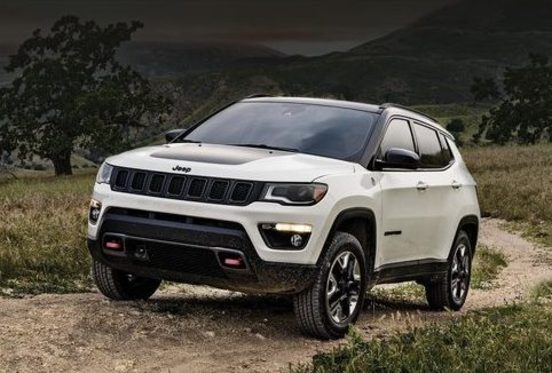 In addition, the shark-shaped rear de-filler is another design highlight which adds floating.

The best feature of the back end of the Jeep Compass is the eye-catching 3D-LED lamp, which leaves a lasting impression. 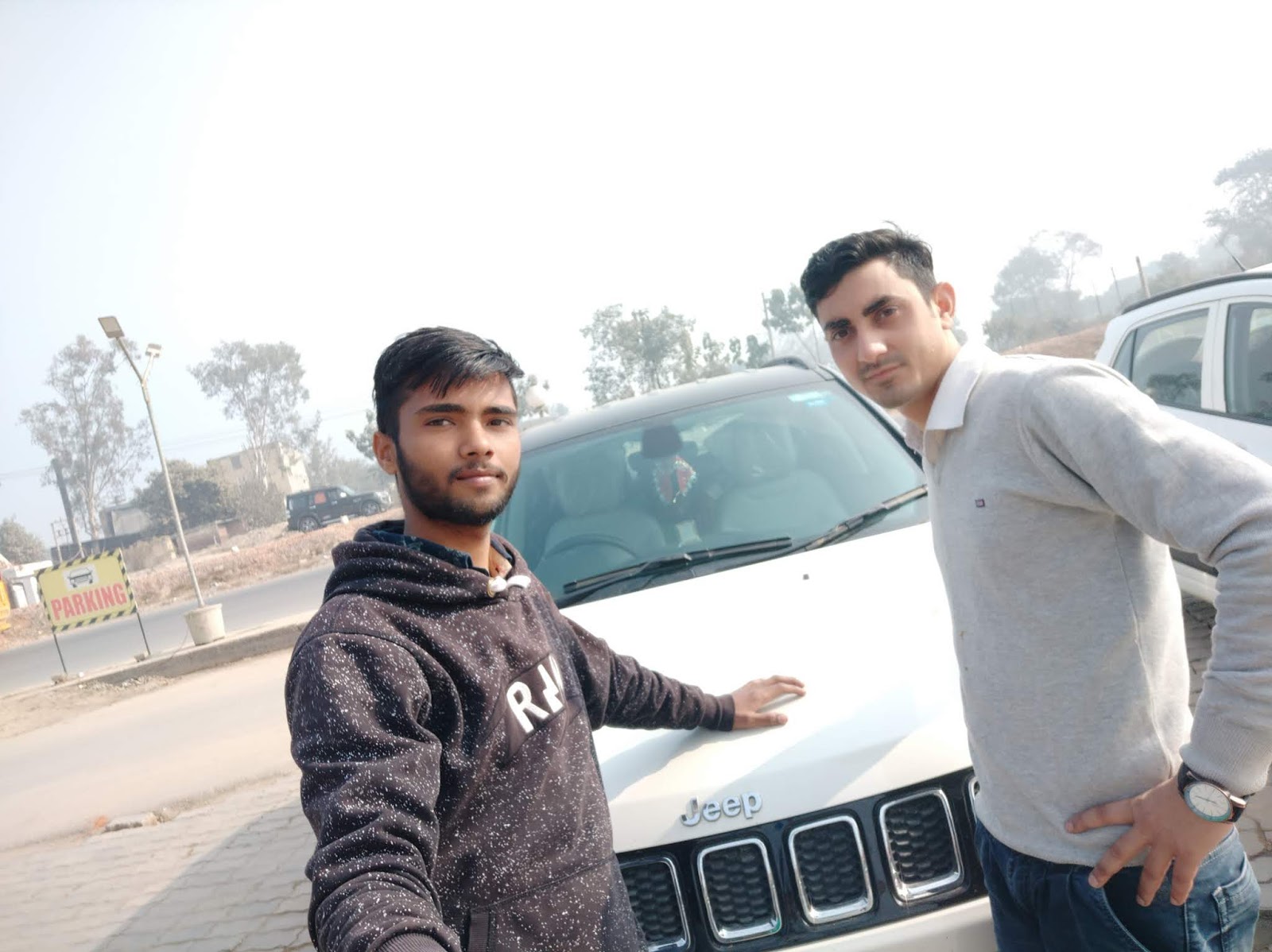 We can combine many things about the interior of the new compass. It looks more white than brown and its black dual-tone theme looks great, though the dash is not like that. Great seats on the compass are wrapped in brown leather. The front seats of the car get good support, while the head and knee room on the back is also sufficient on the long end of the tape. 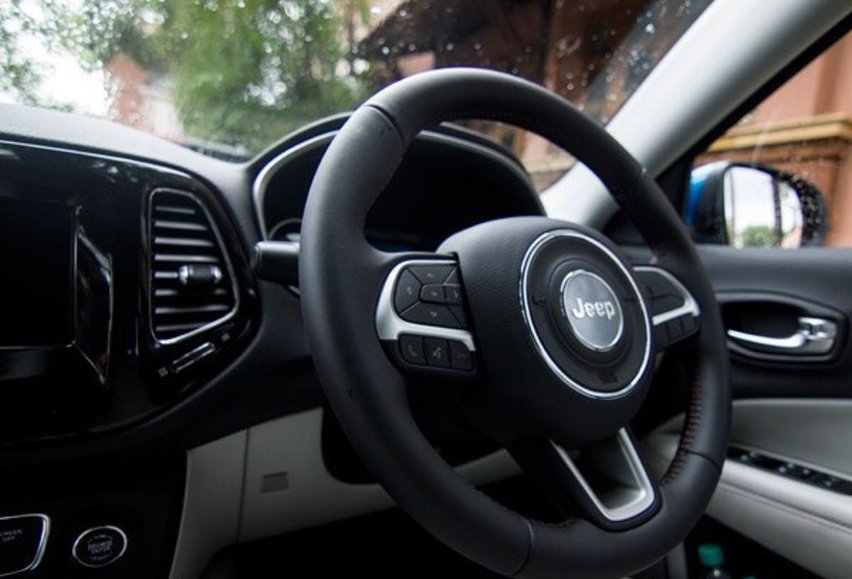 However, anyone sitting in the center can interfere with the transmission and back ac Vint and knee room, and most of the car models would like to use the model center hands.

Chunky steering wheel is wrapped in leather and has the facility of chrome garnishing, which can properly distract drivers with the dummy button.

To control the volume and change the channel, the steering wheel is located on the rear of the wheel and is hidden from the scene. The twin-pod instrument console has a multi-notification display (MID) sitting between Speedo and a heel that allows drivers to use information about the mileage from volume levels to eight different screen options.

Infotainment system is again another place where Jeep has tightened the purse string in India. On the contrary, in the international market where the limited-trim compass receives 8.4-inch input performance, the largest screen for the compass SUV in Indo-specific region is 7 inches.

The 7-inch touchscreen display does not have GPS navigation, but the Sport Compass, however, Android Auto and apple carple are also available, which will help people who are lost in urban forests to find their home.

The India-specific Jeep composer still has double-area air conditioning, push-button ignition, unpredictable entry and mirror outside the auto as well as Jeep’s Selec-Terrain All-Wheel Drive System, which uses the dial Can be controlled.

In addition to metal-covered gear rod in the cart, the floor mats are made of rubber which gives a lake sign to the off-road nature of the compass. The boot of the compass is just 408 liters (513 liters in Hyundai Tucson), seems quite small.

Compass can be adjusted with headlights, wiper and an auto-dimming rearview mirror. 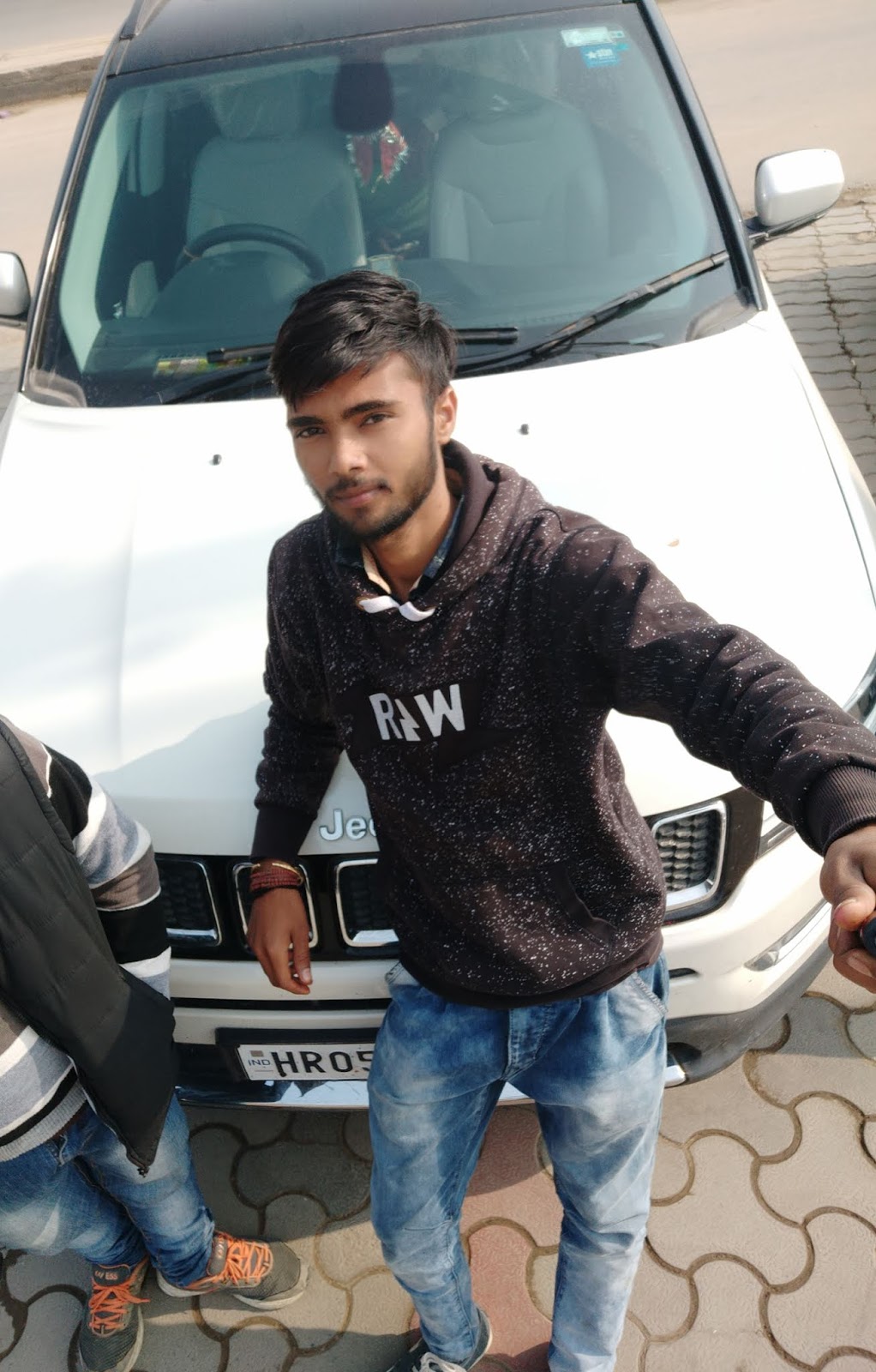 The compass (which we gave) is powered by a 2.0-liter turbocharged diesel engine, which produces 171bhp and 350Nm torque. It is added to the 6-speed manual gearbox.

It is also likely to be presented with a 7-speed automatic gearbox.

The 2.0-liter Multizet II diesel engine comes under the Turbo Lag, at 1,800 RPM. Once this number of RR counters reacts to the turbo diesel engine all the way up to 4,000 rpm. Diesel engine is smooth, which runs on 120 kilograms at 2000 rpm.

6-speed manual gearbox changes well through gear. However, looking for quick downships at startup is a bit sluggish.

The quality of the compass rides and handling is a strong point that absorbs uneven surfaces and bumps well. 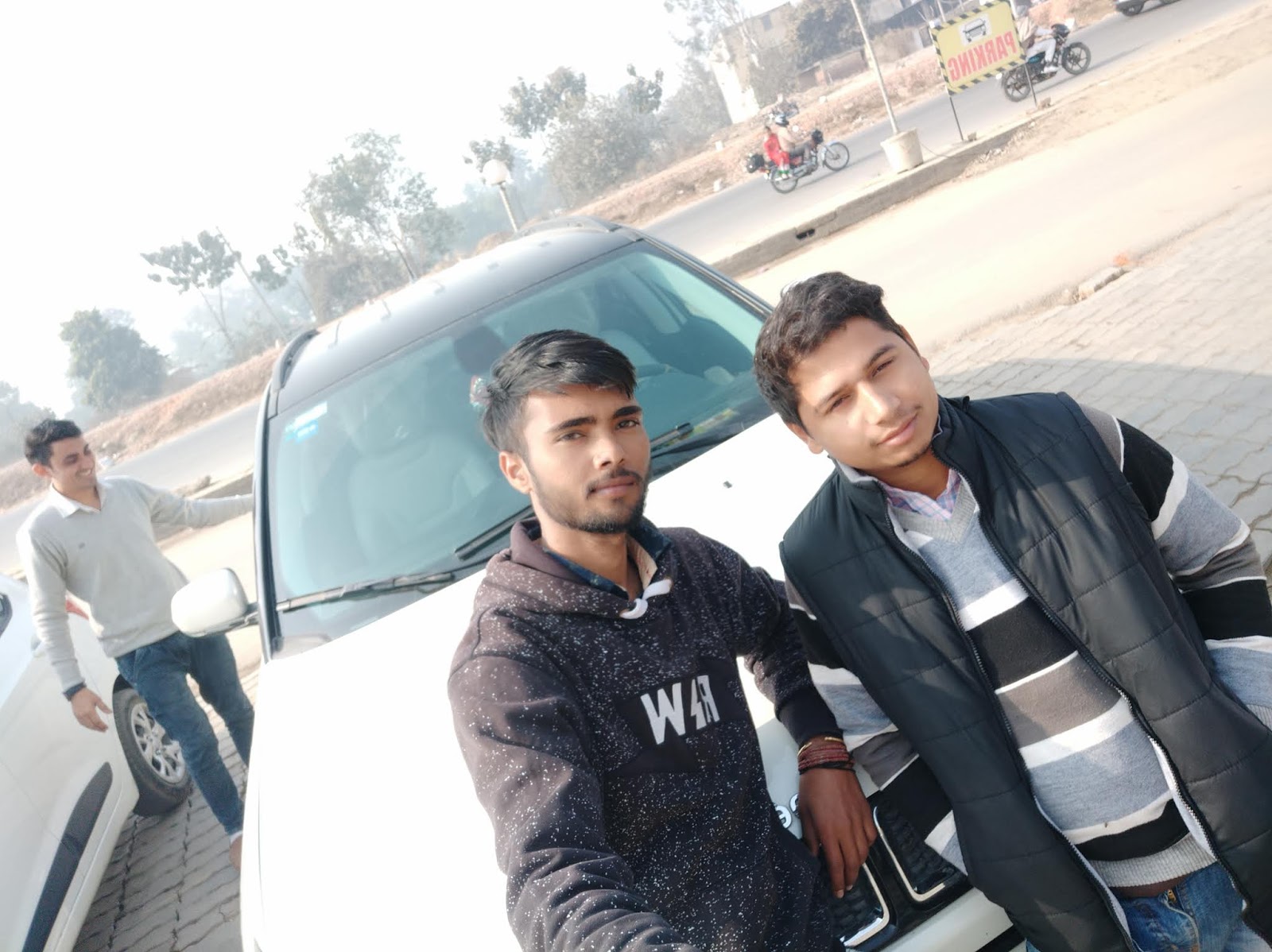 This new SUV allows a great mix of setup and handling. The compass easily revolves around the bad roads that suppress the hulls and pits but becomes tough on the smooth basement so that the jeep can be taken to the sharp edges at a moderate pace.

Overall, the role of the body of this train plays well and is in control.

One thing is important here that the Jeep goes on any path. He does not allow his driver to be frustrated. The active drive 4×4 system in the jeep connects the rim axle to just 300 milliseconds, converts the compass into an off-roader capable of staying on its badge.

Compass auto, snow, red and mid, together with 4 WD lock buttons are equipped with four driving modes. Auto, as the name suggests, all work hard, locates the terrain and responds accordingly. 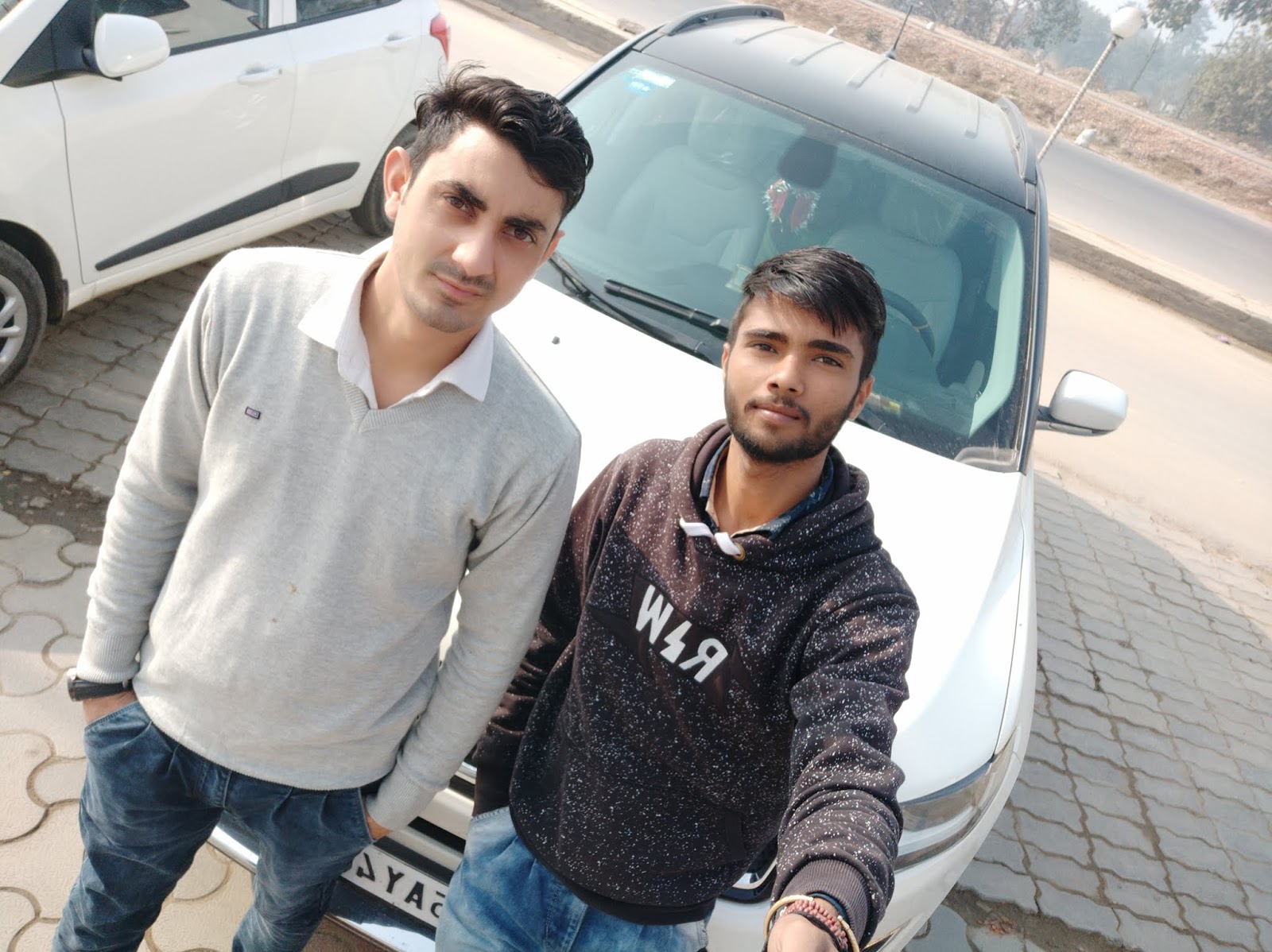 In the snow mode, the reaction is muted so that the wheel can be removed from spinning without any reason.

While running the compass, it felt that it was capable of dealing with Nature’s circumstances and despite the apparent lack of Hill disposition on some strange paths, there was not much trouble.

Compass showed that even after reducing the cost, it can be made suitable for the Indian people and hit.