William Eubank takes us to the most hidden depths to offer us his particular adaptation of Lovecraft. Today we bring you the review of the movie Underwater (2020), starring Kristen Stewart.

Synopsis of the movie Underwater (2020)

Norah (Kristen Stewart) is one of the workers at an underwater station, which begins to crack under pressure. In your attempt to survive, you will encounter dangers worse than pressure.

The film has equal strengths and weaknesses. It is undeniable that the production (of 65 million) is at the height of any Hollywood blockbuster and that the direction of William Eubank remains at quite acceptable levels. Its rhythm is adequate for one to disconnect, lose track of time and get carried away by the fearsome depths. A plot more typical of a video game than a movie, with a clear influence of Alien and daughter and a substitute for it like other titles such as Event Horizont or Life. Underwater intends to take us into the unknown and take advantage of it to terrorize us… without too much sense. 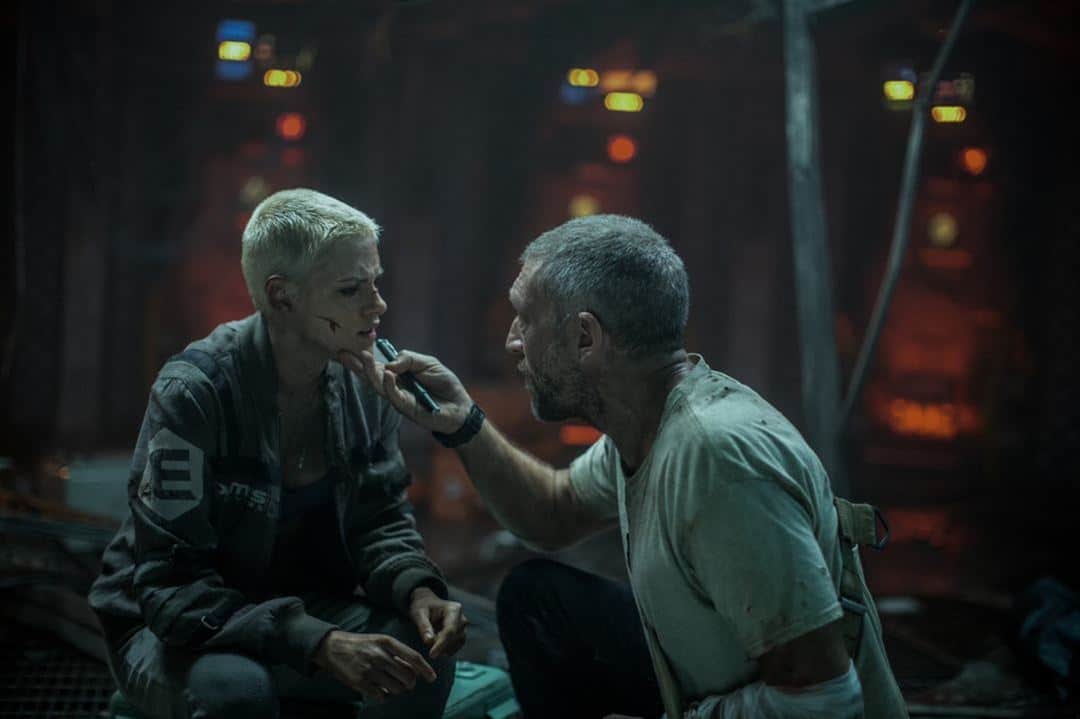 The problems posed by the Eubank proposal

The big problem with this movie is its script. A repetitive script, with many cliches (a clear one referring to Gravity) even within the film itself that are repeated more times than acceptable and that does not finish finding its way to make us feel scared. In this sense, it has some similarities with La cosa, managing to make you feel claustrophobic and overwhelmed before you discover what is stalking the protagonists, but then, once such a threat is discovered, the film stops being scary. He has a couple of effective scares (no more) but he can’t make it go wrong. And it’s a shame because you see the means, you see intention, you see love for cosmic horror literature (in the director’s words, it is a free adaptation of Lovecraft) and for cinema (there is even a reference to La Jungla de Cristal ) But, despite the fact that it is very entertaining and makes you disconnect, it does not finish wrapping you up to feel the fear, pressure or overwhelming that can be stalked by dangers more than 15 kilometers deep under the Pacific. 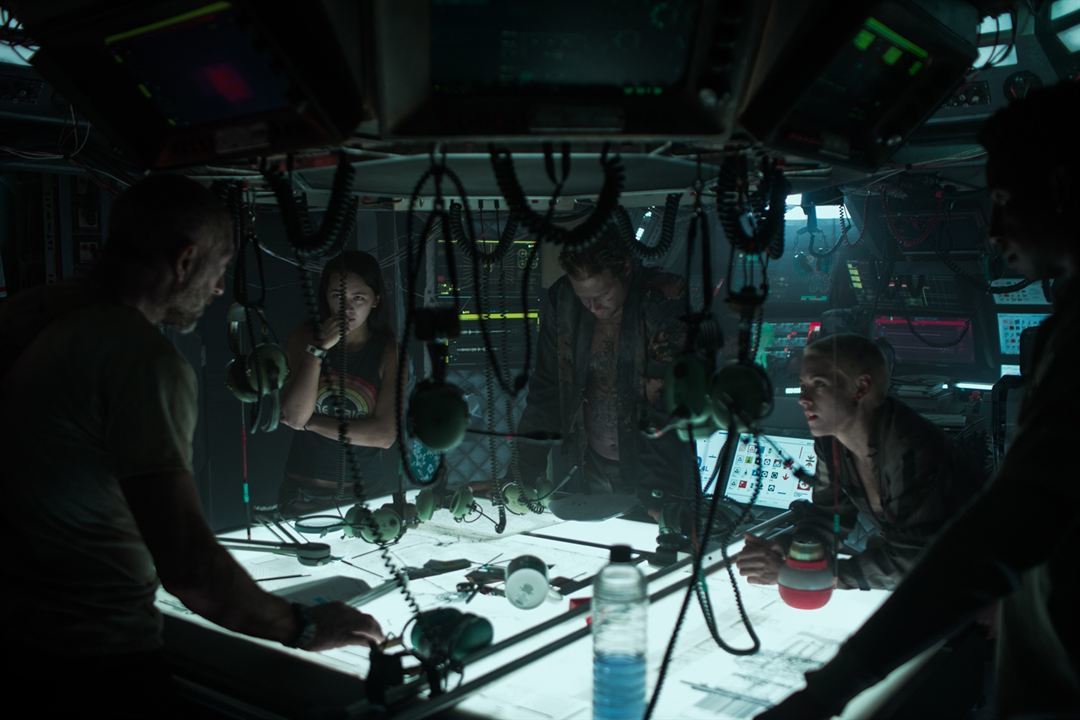 In other words, you enjoy watching it, but you don’t get into its footage so you can feel it first hand. Unfortunately, she remains on the verge of having been a very worthy heir to the Alien (and so much so that she has nods to the 4 Alien films) to stay in a film that is merely fine. This is what we could highlight from our review of the movie Undewater (2020).

The final monster (with spoilers)

[SPOILER below] Although it is not really a spoiler, given that with nothing one reads a bit about the film and one ends with the author of literature that Eubank refers to, the final monster (do we understand why a viedojuego ?) is nothing less than a version of Cthulhu, Lovecraft’s most famous creature. Which is also a negative point for the film because it comes out very little, it barely reaches the minute and I consider it a waste to make a film with this element that is so impressive and that so little use is made of it. 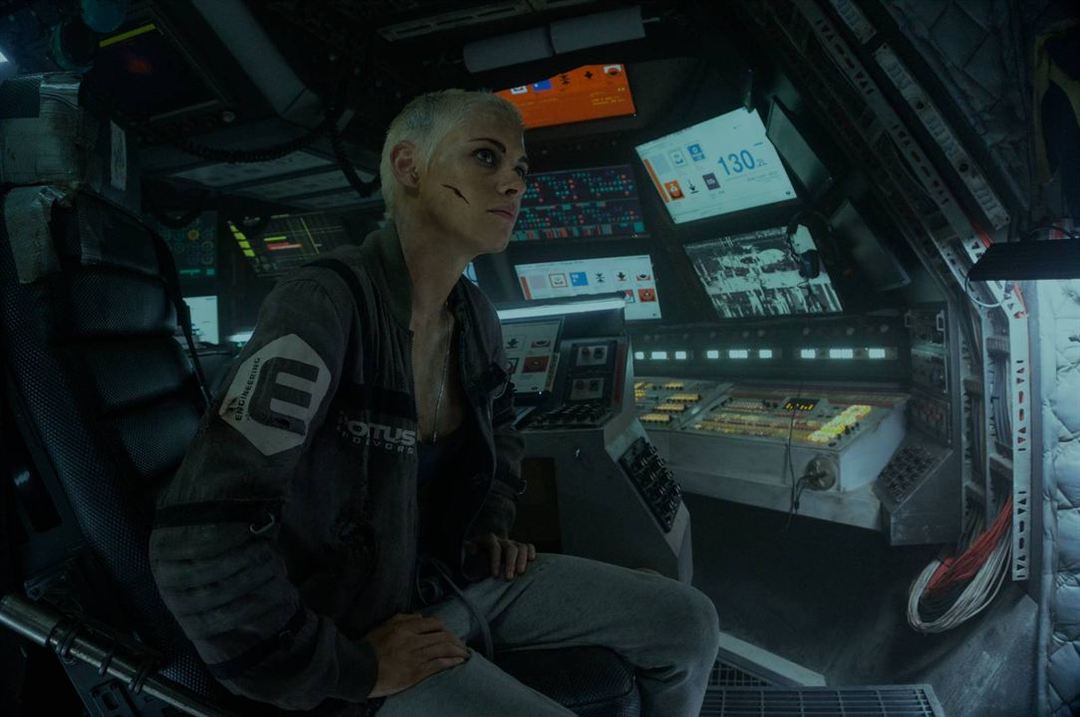 The cast headed by Kristen Stewart

I have a serious problem with Kristen Stewart. I know that she has evolved a lot since Twilight, that she has made a name for herself with other films and that, whatever the joke, she has learned to act, but I still consider that this actress has very little record and that her interpretation is based on always doing the same , not to mention that you are tired of trying to close your mouth and show the popsicles. It was not convincing to me nor did it convey any emotion throughout the entire footage. The rest of the cast, Vincent Cassel plays very well the role he always plays (a man with overconfidence marked by ambiguity) and the rest of the cast does their job.

Final opinion of the movie Underwater (2020)

An enjoyable film, with means, but that does not get us where we really want. However, for an afternoon of cinema it does its job.